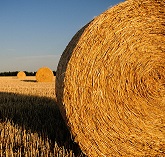 Parable of the Labourers in the vineyard Matthew 20:1-16

Rabbis or teachers use stories to teach their students about philosophy of life.

Jesus taught with parables not to confuse his listeners but to provoke their thoughts.

Here is a parable of a boss who hired workers and paid them the same wage at the end of the day.

The master went out early in the morning to hire workers to work on his farm and agreed to pay them a penny per day. After a few hours, he went to the market to look for more labourers who could be of use on the farm. He told them he was going to pay them fairly. Then he went out to look for more labourers again at different hours of the day even to the eleventh hour. He paid them equally in the end but not everyone was happy.

Some of the points that stood out to me are that:

1. Boss is a Strategist – The master knew what he wanted from the labourers and even agreed the wages with them. He was not a novice neither was he an opportunist. He knew where to get the labourers and how to get them. The law of diminishing returns must have set in gradually for the early workers and they might not have been performing to their best. The Boss had a plan! As leaders in different spheres of life, have we put plans in place to keep the work committed into our hands going? We are encouraged to learn from God who is a master planner and He has plans for every of his creation. Jeremiah 29:11

2. Agreement keeper – The master kept his agreement with the workers. It would have been unfair if the Boss underpaid them by not keeping to his own bargain. The workers were happy to get a job on the farm and were happy with the wages initially which was why they agreed to work on the vineyard. They must have counted themselves lucky when they got the job. They must have thanked their stars and dreamt of what they would spend the money on. The master never lies. He will do what he said he will do.Numbers 23:19

3. Comparison causes murmur – As soon as the early birds on the vineyard lost focus on being grateful and thankful for the opportunity, murmur set in. As soon as they compared themselves with others, their song turned into complaining. Entitlement mentality kicked in and they lost their testimony. No wonder 2 Corinthians 10:12 teaches us that only the foolish compare themselves with others. Nothing good comes out of comparing yourself with anyone else. It ends up being like comparing apples with pears because we are all different.

4. Hope to the hopeless – When the Boss went out the 11th hour, he asked the jobless people standing around, ‘Why have you been standing here all day long doing nothing?’. And they said, ‘Because no one has hired us’. They must have searched all day under the sun for someone to employ them. At the 11th hour, their hope must have dwindled and some might have gone back home but these ones stayed to the end. That reminds me of a verse of the bible that says, He that endures to the end shall be saved.Matthew 24:13 His merciful and generous nature was misunderstood by the early birds. Thinking of the emotional stress these late workers must have gone through all day not getting a job, the distance they must have covered and how tired they must have been of searching, thinking of their families, the bills to pay etc. What is actually unfair is judging a case without knowing the whole story.

This parable is just like players on the football pitch. Some are on the bench almost all day and only get a chance to play towards the very end while some play throughout the match. They get paid the same amount because they are a team. Sometimes the best is saved for last.

God invites us to all be labourers in His vineyard no matter at what time we are called. His judgement is not going to be based on our merit but on his abundant mercy. The view of fairness is distorted in our world today and so God’s own kind of fairness (where the first is the last and the last is first) becomes unreasonable in our limited human understanding. The grace of God showered on us is considered unfair.

“For by grace are ye saved through faith; and that not of yourselves: it is the gift of God: Not of works, lest any man should boast.”