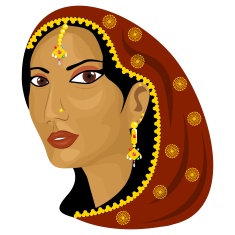 Abigail using intelligence in conflict resolution for the next generation

Taking one of the  lessons from the previous episode in the1 Sam 25, we would break it into child bite pieces. The focus of the study would be conflict resolution – being a peacemaker

Starting from the known concepts with children, of the story of David and Goliath, We would paraphrase the events that led David to be a fugitive.

Asking the kids; how do we think David and his men survive in the wilderness?

Pointing out  it was unfair to David to be living in the wilderness since he didn’t break the law or do something wrong but king Saul was Jealous of him and wanted to kill him.

David – a fugitive on the run for his life. Living in the wilderness . He was a leader of 600 men

Abigail – An intelligent beautiful woman  who was the wife of Nabal

We would then recap  the story on what happened chronologically

David & his 600 men met Nabal’s servants in the wilderness when  they were taking care of the herds of animals. Though David and his men didn’t have much and were stronger than the servants, they did not steal anything from them or mistreat them.

Nabal threw a party because his business of herding was successful. He had 3000 sheep shearing of wool.

David sends some of his men to Nabal for them to have some of the food from the party. As they were a protection to Nabal’s servant when they were in the wilderness.

One of Nbal’s servant spoke to Abigail, that ther master Nabal has just done something that would have a negative consequence on the whole family. Abigail makes a plan to try and stop the conflict (fight) that was about to happen

Before David and his men could get to Nabal’s place he is interrupted by Abigail.  Abigail tok some servant with her went out of the house with gifts of food and rode as fast as possible. Abigail gets to where David and his men were and tries to make peace with David. She spoke words that quenched the decision of David to take revenge on Nabal’s family.

Her word remaindered David who he was. That presently he might be living in the wilderness but he was still going to be king as has been proposed by Samuel. She also brought gifts for  the men with David. She encouraged David to leave vengeance to God and not revenge by himself.

She calmed David’s anger and David decided not to fight  Nabal’s again.

Abigail was a peacemaker. She din’t fold her hands to think if David killed all the male she  was afterall a female so she would not be killed. She saw a conflict building and she decided to diffuse the conflict.

Have you been in a conflict before. What emotions did you feel? Have you seen a conflit brooding before? What could have been done to  avoid the conflict or increase the conflit.

Now reflect on your own action, what could you have done safely to defuse the conflict. Remember Abigail made sure she was safe before speaking to David. She didn’t go by herself, she went with some servants.

Abigail was an instrument of peace. Jesus said in Matthew 5:9  Blessed are the peacemakers, For they shall be called sons of God..

The activity for this group can be learning the lyrics of the Prayer of Saint Francis  of Assisi,

Lord, make me an instrument of your peace

Where there is hatred, let me sow love

Where there is injury, pardon

Where there is doubt, faith

Where there is despair, hope

Where there is darkness, light

And where there is sadness, joy

O Divine Master, grant that I may

Not so much seek to be consoled as to console

To be understood, as to understand

To be loved, as to love

For it is in giving that we receive

And it’s in pardoning that we are pardoned

Are you a peacemaker? Learn to make peace in a safe way.